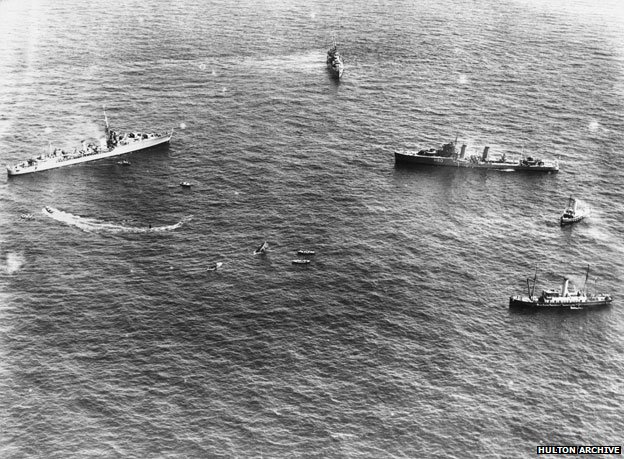 Ships join the rescue operation in 1939

The 75th anniversary of the sinking of a submarine with the loss of 99 lives has been marked.

On Sunday wreaths were dropped into the sea off Llandudno to remember the Royal Navy’s worst peacetime tragedy in 1939 involving the HMS Thetis.

A memorial was also unveiled in Birkenhead with the names of all those who died.

An accident happened during sea trials for the new vessel which had sailed from Wirral.

There were 103 men on board on 1 June 1939, twice the usual number, with the Royal Navy crew swelled by engineers from ship builders Cammell Laird.

Due to a combination of unfortunate circumstances, sea water flooded in and the boat nosedived and was unable to resurface.

After the war ended and the loss of life, it became forgotten about”